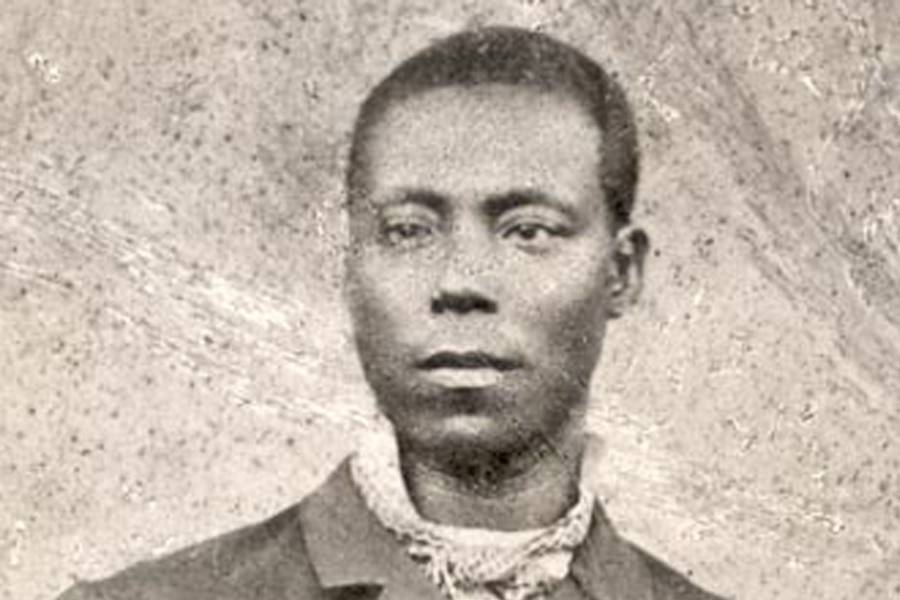 Paul Bogle was the founding deacon at the Native Baptist Church in Stony Gut, St. Thomas, a village at the base of the Blue Mountains about eight kilometers inland from Morant Bay. Bogle founded a church where African elements similar to those found in Revival were strong and a black pride ethos was a central doctrine. Baptist churches throughout Jamaica provided an alternate philosophy to the Anglican church, which had descended from the Church of England and for the most part represented the suppressive mandate of the white planter class and government. Bogle used the church as a base to gather support for a militant resistance movement, similar to that envisioned by Sam Sharpe in the Christmas rebellion 34 years earlier in that violence was not the intended means.

Bogle lived in the post-emancipation period, during which the vast majority of his fellow men were denied suffrage, justice, and equal rights, while he, a mulatto landowner, was one of 106 persons in the parish allowed a vote. The five years leading up to the Morant Bay Rebellion coincided with the American Civil War (1861 1865), which complicated the economy of Jamaica. Local food shortages owing to floods and drought, combined with a slump in imports from the fragmented United States, created a mood in Jamaica rife with discontent. While the white ruling class controlled both the legislature and the economy, the poor felt subjugated and left to fend for themselves in difficult times. Petty crimes rooted in widespread poverty and social decay were severely punished by local authorities responding to the landowners.

Governor Edward Eyre blamed the condition of the poor on laziness and apathy, while Baptist Missionary Society secretary Edward Underhill sent a letter to the British Secretary of State for the Colonies outlining concerns about poverty and distress among the poor black population. The so-called Underhill Letter spurred a series of civic meetings known as the Underhill Meetings, which provided a public forum for the poor to voice their discontent. Mulatto legislator George William Gordon, Bogle's comrade both in the church and in politics, led several such well-attended meetings in Kingston and elsewhere, in which he criticized the colonial government.

On October 7, 1865, Bogle and some followers staged a protest at the Morant Bay courthouse, disputing severe judgments made on that particular day. When a standoff with the police came to blows, arrest warrants were issued against 28 of the protesters, including Paul Bogle. After the police were deterred from arresting Bogle by a large crowd of his followers in Stony Gut, they returned to Morant Bay and told the chief magistrate (custos rotulorum) of Bogle's plans to disrupt a meeting of the Vestry on October 11. The custos sent an appeal to the governor for assistance and called out the local volunteer militia. The next day Bogle and 400 followers confronted the militia in Morant Bay; during the ensuing violence, the courthouse was burned and the custos was killed, along with 18 deputies and militiamen. Seven of Bogle's men were also killed in the fighting, which quickly spread throughout the parish. Several white planters were killed, kidnapped, or hurt, and, as the news spread throughout the island, fear of a more generalized uprising and race war grew, prompting Governor Eyre to declare martial law and dispatch soldiers from Kingston and Newcastle. The Windward Maroons were also armed after offering their services, and it was they who ultimately captured Bogle, bringing him to a swift trial and death sentence in Morant Bay. George William Gordon was also implicated in the Rebellion, taken to Morant Bay, and hanged. Martial law lasted for over a month following the rebellion, during which time hundreds were killed by soldiers or executed by court martial, while over 1,000 houses were burned by government forces. Little regard was taken for differentiating innocent from guilty, augmenting a general sense of fear in St. Thomas and around the island.

The Morant Bay Rebellion pushed Britain to discuss the blatant injustices in its colony asset in the West Indies. Governor Eyre was ultimately removed from his post for excessive use of force while English Parliament debated whether he was a murderer or hero. Many sought to indict him on murder charges for the execution of George William Gordon, but others, including the Anglican clergy, supported his actions as a necessary means to uphold the control of the Crown.

Meanwhile, the Jamaica House of Assembly, which had operated as an independent legislative body since 1655, was dissolved and Jamaica became a Crown Colony under the direct rule of England. In the following years, the colonial power ushered in more egalitarian measures that lessened the power that had been exerted by the landed elite for centuries.

Paul Bogle and George William Gordon were considered troublemakers and virtually expelled from the national psyche through the remainder of the colonial period. At independence their memory was rekindled as Jamaica began to come to terms with its past and contemplate its identity and future. At the 100th anniversary of the Morant Bay Rebellion, Bogle and Gordon were featured prominently and were declared national heroes in 1969, when the order was created. Today the rebellion is remembered during National Heritage Week and Heroes Weekend, which coincides with the anniversary of the uprising, the second week in October.