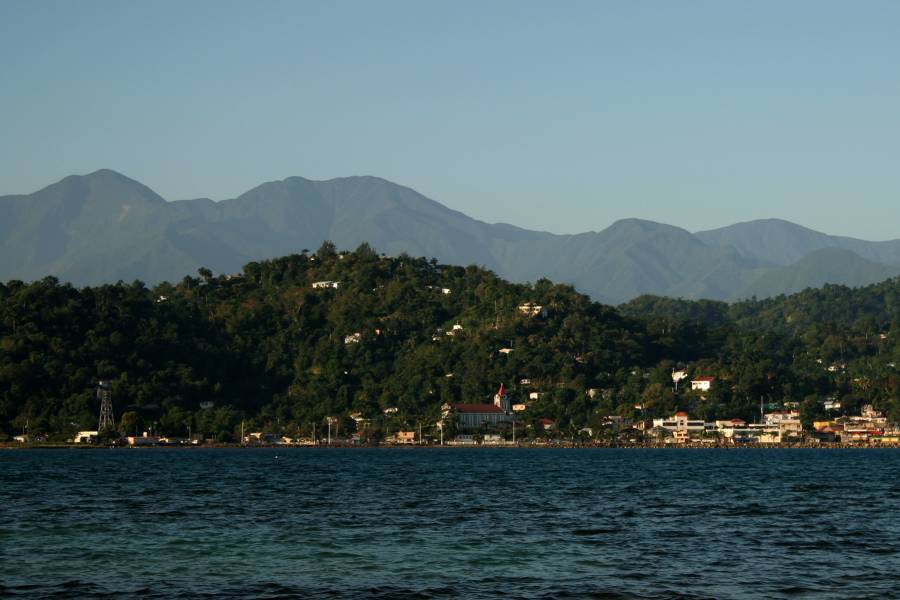 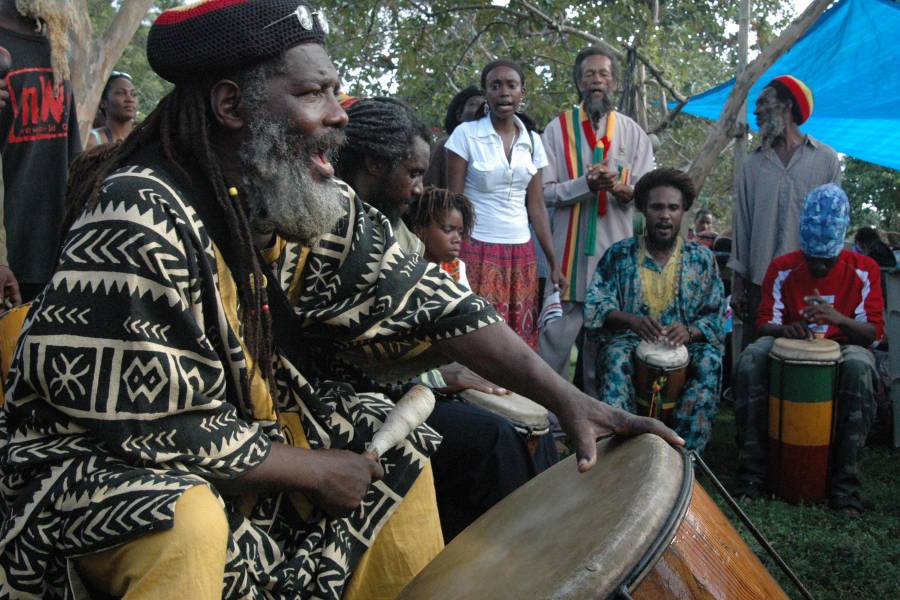 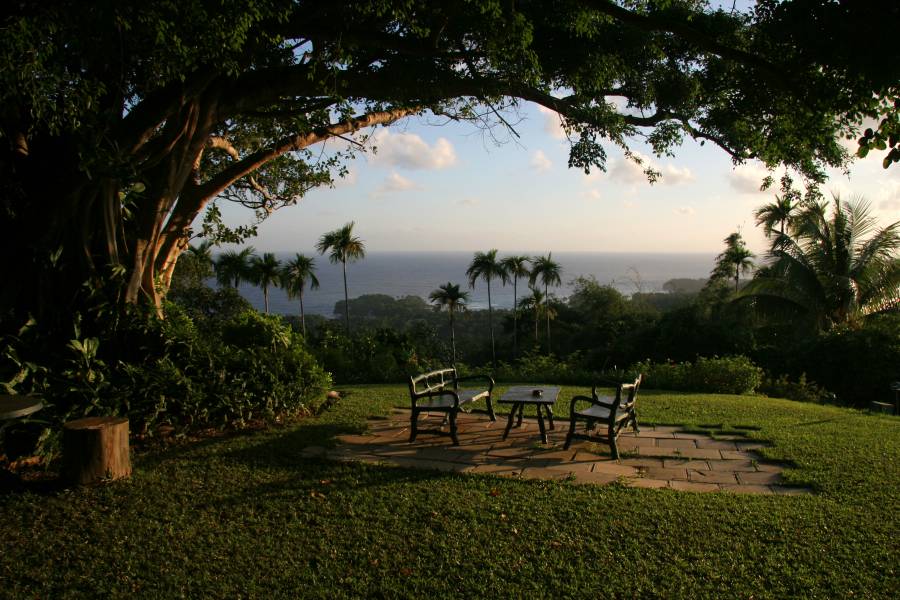 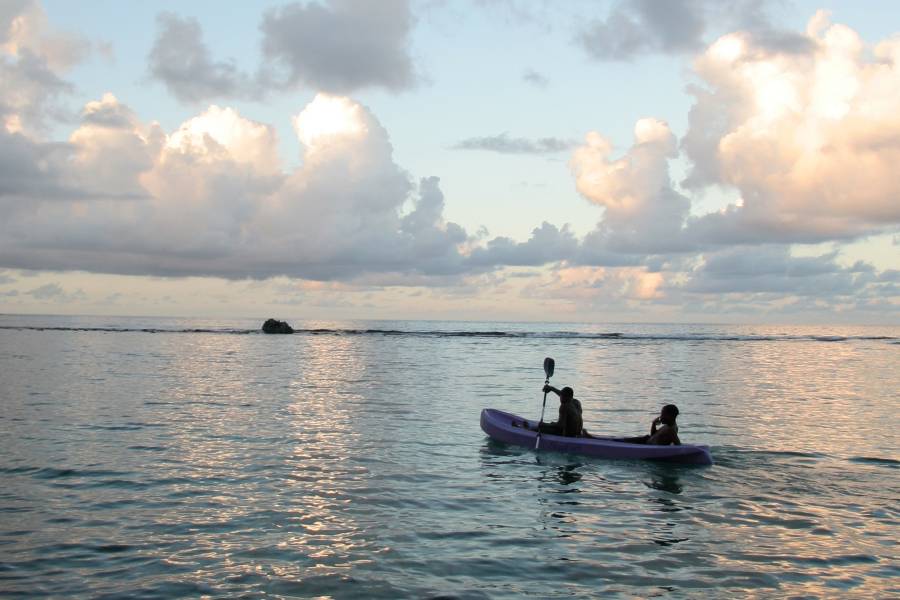 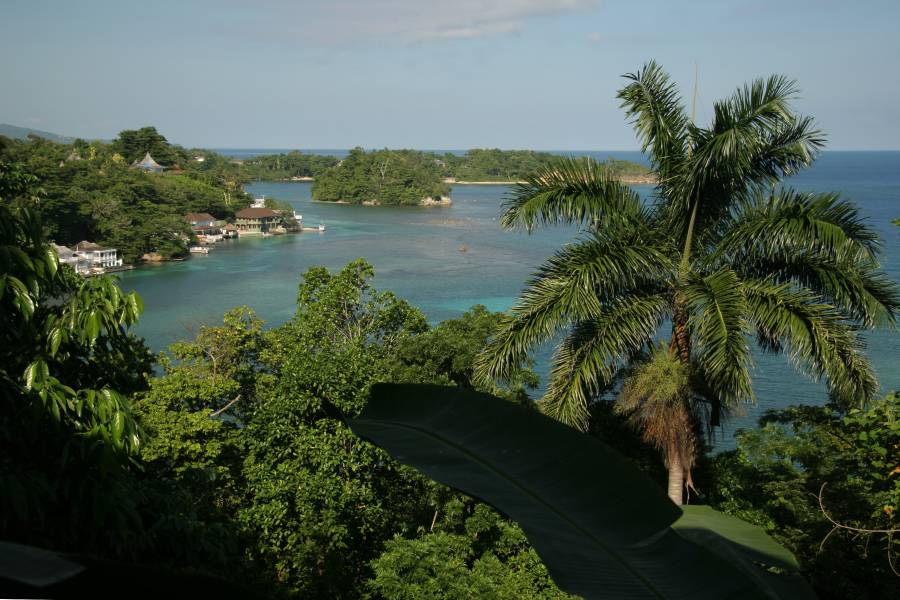 The parishes of Portland and St. Thomas form Jamaica’s easternmost region and contain the island’s least exploited natural treasures. A quiet town in the center of Portland’s coast affectionately known as "Portie," Port Antonio boasts some of Jamaica’s most secluded beaches among a handful of other stunning natural wonders.

The world-famous Blue Hole, or Blue Lagoon, where ice-cold spring water mixes with the warm waves lapping in from the sea, is surreal beyond measure and reason in itself to visit the region.

Navy Island, an abandoned little paradise in the middle of Port Antonio's twin harbors, is surrounded by coral reefs and sand bars. Steep, lush hills rise from a coastline dotted with beaches, inlets, and mangroves. Reach Falls is a nature lover's paradise, where local guides take visitors by the hand along trails that only they can see through the middle of the river. In Bath, natural hot springs have a mineral composition that is said to cure almost any ailment. When one of these destinations occupies top priority on your daily agenda, life just seems to flow at the right speed. Perhaps the languid pace of this side of the island is just meant to be, and as a visitor you won't be sorry for the lack of crowds.

Located about 65 kilometers from Morant Bay around the eastern flank of the John Crow Mountains and about 95 kilometers east of Port Maria, Port Antonio is the largest town in Portland, and the parish capital. The fact that the area attracts only a minute fraction of the three million or so visitors Jamaica gets each year is either the way it should be, or a crying shame, depending on whom you ask. Those who depend on the tourist trade complain the area is not marketed to its potential, while it is said those who own the area's most extravagant private homes prefer it just the way it is.

Some say Port Antonio is a place time forgot. What’s clear is it’s an easy place to fall in love with, and despite the languid pace, it’s impossible to get bored. You’ll want to give the area no less than three days to get in all the main sights without feeling rushed, but if you go there at the beginning of a trip to Jamaica, it’s possible you won’t want to see anything else, unless of course you’re unlucky enough to be there for an extended period of rain, which is not uncommon.

Port Antonio is small enough to fit in two main activities in a day. Folly Mansion is a good morning activity, when the sun lights up the side facing the sea, and is nicely complemented with an afternoon at the beach. The dusk hours are best spent on a bench at the marina with a Devon House I Scream ice-cream cone in hand.

If you’re planning on heading into the higher reaches of the Rio Grande Valley, it will take up at least a day there and back if you’re to fit in a hike to the falls and at least three days round-trip to hike with Maroon guides to the site of Nanny Town, higher up in the Blue Mountains.

The town of Port Antonio is easy to get around on foot or bicycle, with the farthest-flung attractions being no more than a few kilometers apart. For all nature attractions you will need a ride. While the main road (A4) along the north coast passes through Port Antonio, it follows many different streets before coming out again on the other side of town. Approaching from the east, the A4 first becomes West Palm Avenue, then West Street going through the center of town, before joining Harbour Street in front of the Royal Mall, which later becomes Folly Road and then finally once again simply the main road (A4). Harbour Street and William Street together form a one-way roundabout circling the Court House and the Parish Council.

Titchfield Hill, the old part of town, sits on a protrusion next to Navy Island, which divides the East and West Harbours. Titchfield has several interesting gingerbread-style buildings and a few guesthouses, with Fort George Street, King Street, and Queen Street running the length of the peninsula parallel to one another. In town itself, most of the action is on Harbour and West Streets, where the banks, a few restaurants, two nightclubs, and Musgrave Market are located. From Harbour Road, West Avenue starts up again, wrapping around a residential district and becoming East Avenue before reuniting with the Main Road, at this point called Allen. Red Hassell Road, which is the delineator between East and West Palm avenues, is the route to the Rio Grande Valley.

East of Port Antonio along the coast are a series of hills dropping gently down to coves and bays, which help delineate the districts of Anchovy, Drapers, San San, and Fairy Hill. Farther east lies Boston and then Long Bay. The main beaches including San San, Frenchman’s Cove, Dragon Bay, and Winnifred are all located on this stretch of coast east of town, as is the Blue Hole and Reach Falls just past Manchioneel.

Port Antonio is happily one of the safest parishes for transient tourists, with a notable lack of hustlers compared to other destinations around the island. Notwithstanding, a minister of security was recently embarrassingly burglarized while staying at a luxury villa in the area, and an expat hotelier was murdered in cold blood within the past few years. In both instances foul play may well have been a factor, but the lessons stand, nonetheless. Lock your doors, keep your wits about you, and avoid walking alone along desolate stretches at night; this especially applies to women. Fortunately the most serious crime you're likely to encounter is a ganja peddler pushing his wares.

Port Antonio did not develop until Portland was established as a parish in 1723. Originally called Titchfield, the town was concentrated on the peninsular hill dividing the twin harbors that still retains the town’s original name. Port Antonio, like much of the eastern side of the island, was not developed in the early colonial period thanks to the rough terrain not suitable for sugar, the principal cash crop during the slavery period. To further dissuade European settlers, the Maroons had their eastern stronghold inland from Port Antonio in the Rio Grande Valley.

Port Antonio was completely transformed, starting in 1876, by the banana trade, which turned the hills into lucrative plantations in a way sugar never could; the area grew further in recognition when the empty banana steamers returned with New Englanders who’d heard about paradise in Portland, Jamaica. Steamer captains George Busch and later Lorenzo Dow Baker basically invented the lucrative banana trade by encouraging local farmers to plant the "green gold" as they fed an exploding, almost accidental demand in the northeastern United States. Jamaica dominated world banana production until 1929, when Honduras took over as top producer after blight destroyed Jamaica’s crop. But this was not before Baker was able to invent a new trade in tourism, building the Titchfield Hotel, one of the most extravagant hotels in the Caribbean, which enticed the world’s early steam-set to discover Port Antonio. Tourism dropped off during the Great Depression, but the area experienced a brief resurgence in the 1950s and 1960s when it became a chic destination for Hollywood stars, with the likes of Errol Flynn and Ian Fleming making it their preferred stomping ground. Some of the world’s wealthiest people visited and bought property in the area. Since then Portland has been somewhat overshadowed in promotional efforts by tourism developments in Ocho Rios, Montego Bay, and Negril.

Helpful links for Port Antonio and the East Coast

Boston, Home of the Jerk